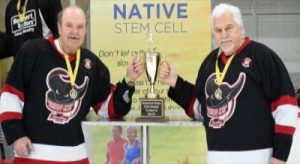 The Michigan 70+ team rolled to he Gold Medal with a very impressive 7-0 record!

Scoring 48 goals and only allowing three goals in seven games!  This was a total team effort.

Tournament MVP was Sting goaltender Dar Norrington, even though he never faced more than four shots a game!

Four of the games went into mercy run time following the first period of a three period game.

The Sting defeated Plymouth 3-0 in the Gold Medal game and collected their hardware! 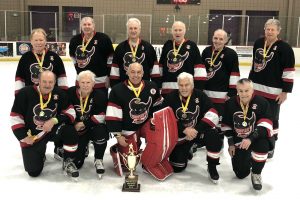 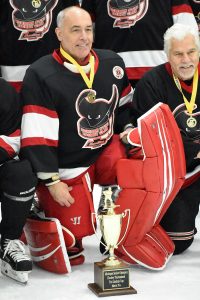