STUMBLED UPON THIER HALL OF FAME INDUCTION CEREMONY.

SECOND FROM THE LEFT IS FORMER PITTSBURGH PENGUIN AND

A great goaltender battle!  You have the grizzled veteran from Notre Dame HS Billy Schaugg and the butterfly style of goaltending of sub Rodney Heid!  Both excelled in nets this game!  Kenny Kluz with a power play goal for the Habs.  Returning from a lengthy DL stint, due to upper body surgery – Ward Peterson with the Flyers marker.  Anthony Amato of the Habs and Mark Rogers of the Flyers both receive minor roughing penalties and hit the box in tandem.  Pat Wosek of the Habs with a solo roughing minor penalty.  Special mention to former MSU Spartan, Larry Rowe’s daughter(Picture Below), who had several shake and bake moves on the ice subbing for the Flyers. 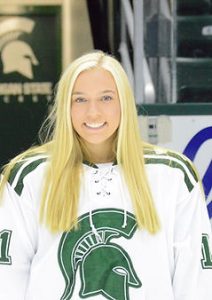 Goalie Kris “King” Arthur stands on his head as the Hawks defeat the Bruins.  John Poolton scores twice for the Hawks.  Singles for Paul Elsey Jr. and sub Chris Ballach.  Jim Robbie with both Bruins goals.

Jamie Smith with the trick for the Bruins.  Mike “Padre” Nalepa with the deuce.  Returning from his one week sabbatical last week – Rob Rowling scores twice for the Habs.  Paul Erikson and sub Mike Ala with singles in this penalty free game.

Let me say this – I think I was a little rough on the Wings preseason preview.  This is a very solid and explosive team.  The four defenseman are as good as you get!  Not to mention ZACH WAGNER!  Mr. Wagner put on a show with a (4 & 2) game!  The Hawks had no answer for him!  But having said that – postgame, Hawks defenseman Lloyd Rogers proclaimed “I own Zach – bring him on!”  Ok?  Brother Nate Wagner with a two goal game.  Sub Kostesich also with a goal, as the Wings score three power play goals in this game.  Steve Lemieux, John Poolton(SH) and sub Chris Ballach score for the top spot Hawks.

I always say, don’t wake up a good player.  After his game one roughing encounter – Mark Rogers reverts back to his Allied Machinery days at Fraser, with a four goal game!  Singles for Brian Reath, Trevor Wrobel and Billy Reiss(Also 4 Helpers).  Sub goalie Rodney Heid with a light workload.  John Cornish with the lone Shark goal, as the Sharks are still hunting for victory one of this young season.

Moritz Seider of the Detroit Red Wings just recently won the Calder Trophy(Rookie of the Year).

Who was the last Red Wing to win this award?