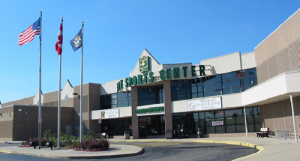 Players on the Michigan Sting men’s adult team have no visions of becoming couch potatoes as they reach their senior years.

“A major part of our philosophy is the older you get, it’s better to be on the ice three times a week instead of sitting at home on the couch,” said Sting president Terry Boyette, whose organization plays out of the Troy Sports Complex and is a frequent participant in USA Hockey Adult National Championships. “Our charter promotes a healthy lifestyle as well as education and skill development concepts.

“Our primary membership is comprised of seniors — players over 50. But we do have several younger players who participate in many of our activities and are members of our club.”

The Sting first stepped on the ice as a team 10 years ago when it participated in the Senior Olympics in Lake Placid, N.Y.

“We didn’t do very well because the team was comprised of guys who only were playing pickup hockey,” Boyette said. “When they realized how much fun it was, they put structure in it. In 2004, we became a legal entity and set up bank accounts plus a board of directors.

“Initially, it evolved from a group of guys going to tournaments and we realized we needed ice time so we decided to start a league. First we had four teams and then four became eight and eight became 12.”

A decade’s worth of growth has seen the Sting boast a current membership of 500 players.

“What we’ve done is make a business out of old-timers hockey,” Boyette said. “It was the brainchild of Sam Cupp. He was a businessman and the architect. He helped put a structure and business element in it.”

“We skate 52 weeks a year at least three times a week,” Boyette said. “Because the Troy Sports Complex has four ice surfaces we have the best ice time in the area. We play at 5 p.m. and 6 p.m. on Tuesdays and Thursdays.”

“Over the last three or four years, we’ve been sending three or four teams to nationals to give guys experience,” Boyette said. “Plus you can’t beat the camaraderie.”

The Sting also has made its mark in other tournaments.

“Besides playing in nationals we also play every four years in the World Cup,” Boyette said. “We’ve also been to tournaments in Vancouver and Ottawa, and have played teams in the World Cup from all over the world.

“In 2008, our 50-Elite Team played in Quebec City against a team from St. Petersburg, Russia. Four guys on that team played on the 1980 Russian Olympic team. They beat us 5-3, but then they lost in the championship to a team from Quebec.”

The Sting organization is not only about hockey. It’s more than about passing, shooting and making saves.

Community service also is a major tenant of the Sting.

“We purchased defibrillators for the rink and paid for training of people at the rink who use them in case people who are playing don’t know how to use them,” Boyette said. “We purchased a computerized scoring system which is used by all the teams that play at the rink. All the stats for their teams are done on computer by their scorekeeper.

“We also raise money and give it to a foundation. Giving back has been one of our priorities. It’s not all about us. We’re a community service and a hockey organization.”