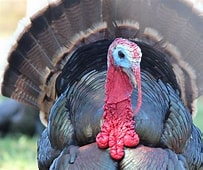 CONGRATS TO THE FIRST PLACE WINGS, WHO WILL ENJOY A TWO POINT HEAD-START INTO THE PLAYOFFS!

CONGRATS TO THE FOLLOWING FIRST HALF STAT LEADERS:

1-1 entering the final stanza.  Then the Wings rattle off four goals in four minutes for the W!  David Herkowitz with a two goal game.  Singles for Al Sparks, Mark Smyth(The Forward Version) and Chuck Mouraine.  Goals against and shutout leader Bobby Rutkoske was his usual stingy self in nets.  Mary Sell and Eddie Higgins tally for the Sharks in this penalty free game.

Sub “Bobby” Mercer scores twice for the Hawks as they sweep on the day!  Singles for defenseman Jack Priauix and grunge guitarist Keith Luz.  Dave Herkowitz and Ken Debus score for the Wings.  Kenny Perko of the Hawks picks up a solo roughing minor penalty.

Mike Ala scores his second goal of the game with just under minutes left on the arena clock for the tie!  Robert Stempian, John Perini and Pat Collins with singles.  Bruins – Dave Debrincat, Mike Lawson, Bob Watson and the Robs – Middleton and Halbhuber.  This was a penalty free game.  An early birthday shoutout to referee Kenny Ballinger, who turns ?? next week!

Deuces wild for Al Pyc and the league’s leading point and goal getter – Ryan O’Rourke.  Al Phipps and sub Doug Beck also with Flyers goals.  The Sharks didn’t have too much bite today, as they drop both contests in mild fashion.  Hard Working Bo Altherr scores twice for the Fish.  General Robert E. Lee also with a goal.

CURTS'S CORNER WILL BE ON HIATUS UNTIL THURSDAY DECEMBER 9, 2021