Zach Wagner records the trick and Mike Garlick the deuce, as the Sharks dispose of the Frenchmen.  Sub Brian Barr with the game winning goal.  Habs – Paul “Stork” Erickson and the Robs – Rowling and Hergott.

Both teams tied for third place entering this contest as the Hawks prevail!  Brian Moore and sub Anthony Amato both with two goal games.  Mike Riddle with the game winning goal.  The Hawks sported four subs today.  Goaler Billy Papciak with a strong game in nets.  Chris Robillard and Jordan Roberts dent the twine for the Bruins.

The Wings upend the Flyers behind the stalwart goaltending of Brian Miller!  Called up from the deep minor leagues – Ryan O’Rourke scores twice for the Wings.  Singles for the other Ryan – Boyette and Mike Nalepa.  The Trevors – Wrobel and sub Knight score for the Flyers.  Things got a little feisty late in the game, as army veteran Eddie Sudzina and Tony Zuschak of the Wings both receive four minute roughing penalties.

A big W for the Flyers as they enter the final week of the playoffs in second place.  Jeff Steiber with the deuce.  Singles for Trevor Wrobel, Eddie Sudzina, Steve Bayagich and sub Trevor Knight.  Brian Moore with both Hawks goals.

The suddenly revitalized Wings sweep on the day!  Once again, puck stopper Brian Miller stood tall in the nets!  Nate Wagner scores twice for the Wings.  Sub Ryan O’Rourke, Mike Nalepa and Detroit Tiger pitcher lookalike Alex Faedo(See Picture Below) Ryan Boyette with singles.  Joey Reiss and Rob Rowling tally for the Habs who are now winless in their past two doubleheaders.

Ouch!  The top spot Sharks load up a line, with Mr. Zach Wagner(5 & 1) and sub Ballach(3 & 3) and completely destroy the Bruins.  Mike Akins and Scott Chodun also score.  Billy Reiss scores twice and Rex Baker once for the Bruins.  If the Bruins listen real hard, they can faintly hear a fat lady singing somewhere in the not too far distance.  See picture below. 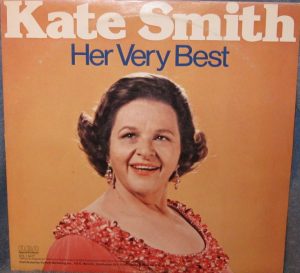 Just recently, for only the 2nd time in NHL history, 100-point players have been involved in the same trade.

Name the first 100 point players who were traded for each other.