CONGRATS TO THE BRUINS AND THE SHARKS – WHO WILL FACE OFF NEXT WEEK FOR THE SAM CUPP CHAMPIONSHIP!

SEE MUDDY FOR TICKETS!  ASK HIM FOR A DISCOUNT! 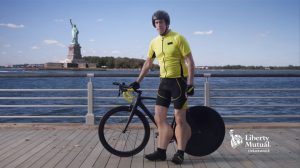 WELCOME BACK TO COMPETITION – DAR AND REX BAKER FROM THEIR SERIOUS UPPER BODY INJURIES!

As in  their previous meeting – the Sharks pound the Hawks!  This was the Billy Mac Jr. show as he dominates with the hat trick! Billy had some absolutely beautiful highlight reel goals!   Sub Chris Isola with the deuce.  Singles for Ward Peterson, Jimmy Brown(Also 3 Helpers) and Joey Ventimiglio.  The Hawks do all their scoring in the final period as they move John “Shifty” Shelton to forward and he promptly scores the natural hat trick!  Dr. Nate with a goal and 3 helpers.

A game of major Sam Cupp Championship game ramifications, as the Bruins prevail!  Center John McNeilly with the trick.  Line-mate Mike “Padre” Nalepa with a goal and 3 assists.  Sub Frank “Crash” Casali pounds in a rebound.  Brian Moore and Mike T. Brown tally for the Wings.

The Hawks do all their scoring in the initial stanza and win this game of zero consequence.  Dr. Nate McNaughtry with a goal and four helpers.  Left winger Jack Leavy and subs John Zuccarini, Frank Pedwaydon and Paul “Stork” Erikson also score.  Habs subs “Honus” Wagner(2), Scott Bozyk and Mike Folster all dent the twine, as injured Captain Bryan Prentice watches from behind the bench.  Following the game, I approached young sub Wagner who is all of 26 years old and asked him if he forgot about the unwritten rule?  “What’s that” he said?  “You cannot back-check on anyone over 65” I said, as he flawlessly stole the puck from me during the game!  “Oh sorry sir” he said!  Gotta love hockey players!

What a shame!  These Flyers are now clicking on all cylinders and just came up a little short to play next week, as they win their third consecutive game!  Mr. Rob Rowling with a four goal game.   Donnie Riviera and Billy “The Dark” Knight with the deuce.  Singles for Pat “The Beast” Wosek and Paulie “Knuckles” Polizzi(Who Also Had 3 Helpers).  John McNeilly, Marty Papesh and once again sub Frank Casali score for the men in yellow.  As in game one – Mike Napela with three helpers.

Both teams needed this W to play next week!  Da Sharks do not disappoint!  Billy Mac Jr. with a two goal game.  Singles for “Angry” Joey Ventimiglio, Lloyd Rogers and sub Chris Isola.  Mike “King of the Road” Miller with their lone goal as the Wings drop a very meaningful doubleheader today!  Antagonist Mike T. Brown and the Sharks Ward Peterson both hit the box in tandem for roughing minor penalties.