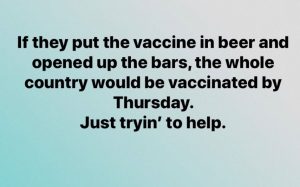 The Wings play an all-around strong game and continue their playoff cake walk!  Steve Orr, Bob Lee, Paulie “Jay” Giles and on an absolute laser from the point – Chris Zanke tally for the Wings.  Eddie “The Eagle” Higgins and sub “Jeff” Beck score for the Fish in this penalty free game.

The Flyers continue their dominance over the Bruins!  Captain Ryan O’Rourke with an even strength and short handed goal.  Singles for sub Jeff Funk, Keith Foucher and sneaking in from the left point – Gerry Krause.  Goaler Bobby Rutkoske with a relatively quiet ten save game.  Steve Lemieux one times a beautiful feed from behind the net from sub Robert Stempian for the Bruins only highlight.

1-0 Habs entering the final stanza.  Then the Hawks rattle off six final period goals!  Brian Belloli with the natural hat trick for the Hawks!  Subs Larry “School Boy” Rowe and Dave Rupprecht(PP), Billy Hagen and on a mad end end to rush – Rob “Hurricane” Halbulber with singles.  Curt Bailey(2), Mike Ala and sub Gary Szalanski score for the Frenchmen.

Right off the top!  The score of this game would have been much worse if not for the Herculean efforts of Sharks puck stopper Mike Schlimgen!  Making several side to side robbery type saves for the Sharks!  Bruins sub Robert Stempian with the deuce.  Singles for Curt Lesnau, Ken Debus and the lock and loaded American sniper – Ronnie Meltsner.  Eddie Higgins, Ben Haynes and Steve Dietrich do the honors for the 0-4 Sharks, who are rapidly descending deep into Davey Jones Locker.  This was a penalty free game.  Here’s a Bruins team shoutout to their sub goalie “Ticker” Chauvin, who filled in admirably all season, as he now departs for a two month hiatus too the beaches of Florida!  Gonna miss that apple moonshine – Ticker!

Same as last week – the Hawks finish game two with a 2-2 tie.  This was a wild one!  Flyers sub Jeff Funk with a two goal game.  Line-mates Brian Belloli and Billy Hagen tally for the Hawks.  Both goalies – Bobby Rutkoske of the Flyers and Brian Miller of the Hawks were outstanding between the pipes!  Now the fun stuff!  Ryan O’Rourke and Hawks sub Dave Rupprecht hit the box with roughing minor penalties.  Kevin Maguire of the Flyers and Brian Belloli do likewise.  Two minutes later Hawks sub Larry Rowe incurs a slashing minor penalty and a unsportsmanlike conduct minor penalty for chirping.  A fun game to watch!

Taking personal umbrage of his satatue’s being taken down in the South – General Robert E. Lee with the hat trick for the undefeated top spot Wings!  Mike Lawson and power right winger Curt “George” Bailey with the Habs goals.  Bailey continue’s his hot playoff play with six goals in four games!

Who is the first Russian born player to amass over 1,000 career NHL points?

Sergei Fedorov as an Anaheim Duck in 2004.